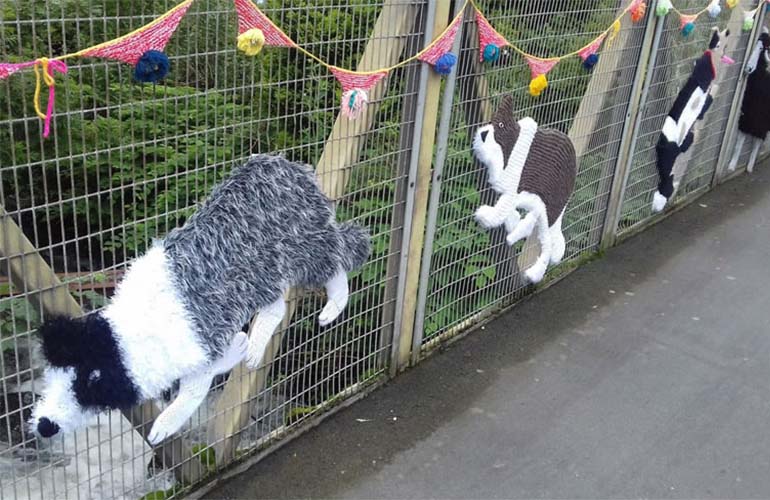 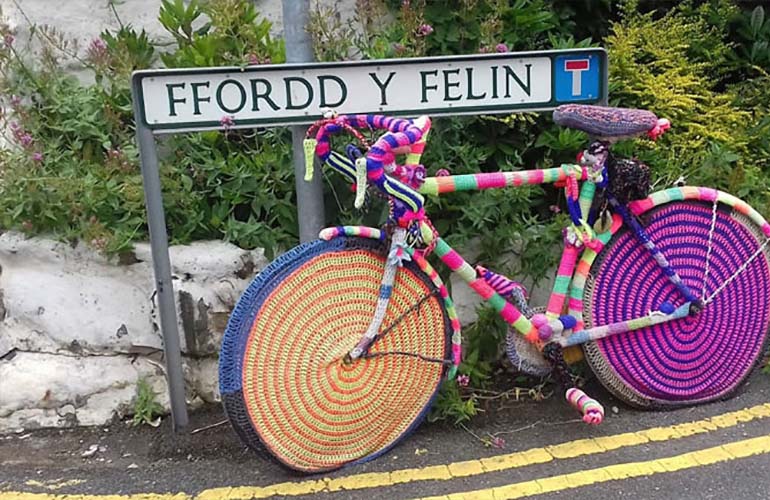 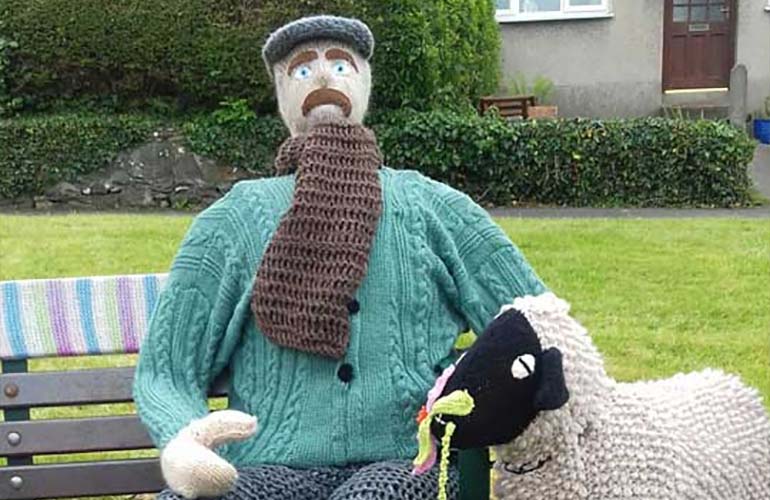 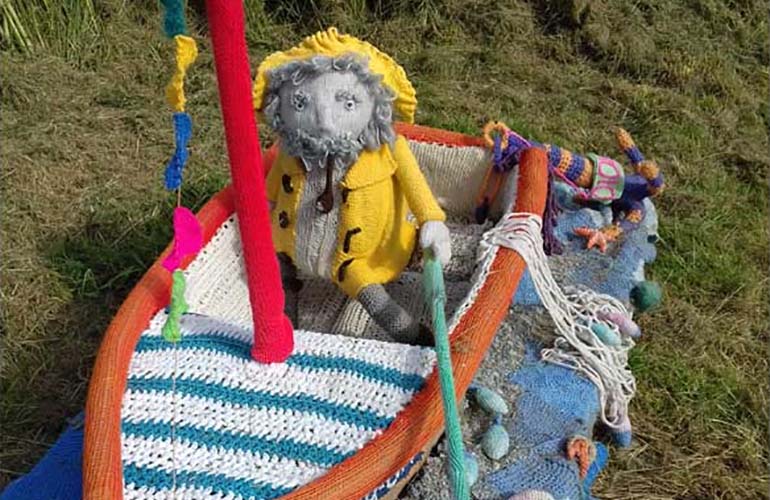 If you happen to drive through the village of Llwyngwril between the months of May and October you could be forgiven for believing that you've entered an alternative universe. Tourists who happen to pass through the village have been known to literally stop in their tracks (often much to the consternation of the rather blasé locals). Llwyngwril is fast becoming known as 'The Knitted Village'.

Well in 2015 a few very creative and talented ladies decided to choose a very unusual way to raise money for the upkeep of y Ganolfan (the village community centre) - by yarn bombing. They wanted to create interest in the village, by bringing in more visitors, which in turn would hopefully lead to donations in appreciation of the work involved, but at the same time also help to unite the community. Some people said, "What a daft idea!" or "What will happen when it rains?" and other unhelpful remarks, but undaunted the ladies started knitting.

Before long brightly coloured knitted bunting began to appear festooned over fences and hedges, shortly followed by knitted birds, fish, lobsters, moles, starfish and all manner of woolly creatures. The idea really took off and by the time the summer holidays had arrived, we had Gwril the knitted giant, perched on the stone bridge in the centre of the village, closely followed by his wife, the mermaid Moriania draped across a bench and then their baby with his fishy tail, lounging in his push chair.

Word soon got round and visitors were arriving in their droves. Tourists could buy maps in the village shop that told the story of the Gwrils and guided people round the yarn bombing trails. Arriva trains even drew passengers' attention to the woolly creations on Llwyngwril Station platform. By the end of the year donations and map sales amounted to over £2000!

Buoyed up by their success, the Yarn Bombers got together again early in 2016 and made plans to repeat the display. Some key characters from the previous year were washed, dried and spruced up, then put back out. However two days after Gwril was put back on his perch on the bridge, he mysteriously disappeared overnight! Police were involved, newspapers informed and even ITV Cymru reported on his disappearance. Sadly, however, Gwril was never found or returned. Undaunted the intrepid ladies (and by now - also men) took to their knitting needles and created Gwril II, who now sits proudly on the bridge overseeing everything that passes over the bridge. This time he's protected by a tracking device!

In 2016 the Yarn Bombing had an extra focus. The International Sheep Dog Trials were held in nearby Tywyn in early September so the Llwyngwril Yarn Bombers decided to help to promote the event by creating very woolly sheep, sheep dogs, shepherds, banners and flags. There are shepherds representing all four home countries. They proved even more popular than the previous year. It's been wonderful to see so many people wandering around our village with huge smiles on their faces.

Story maps are available to buy in the village shop and donation boxes have been placed around the trails. We even had a mystery celebrity coming to the village as part of a television series on unusual coastal communities so watch out for 'The Knitted Village' on Channel 4! 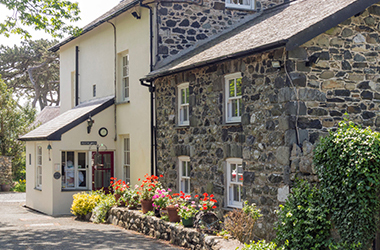 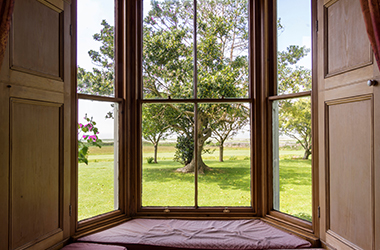 View The Gallery Of The Y Llaethdy

If you happen to drive through the village of Llwyngwril between the months of...

Asda Delivieries To Your Door

I booked Pentre Bach in December for a get away with friends to celebrate my fiance's 30th birthday, and I cannot begin to describe how perfect it was! The house is well appointed and beautiful, with more than enough space and seating for a larger group than us, as well as lovely thoughtful touches left by the owners...

Our latest special offers,
straight to your inbox

Stay up to date with the latest specials from Base Hotel. Subscribe and save on your next stay.